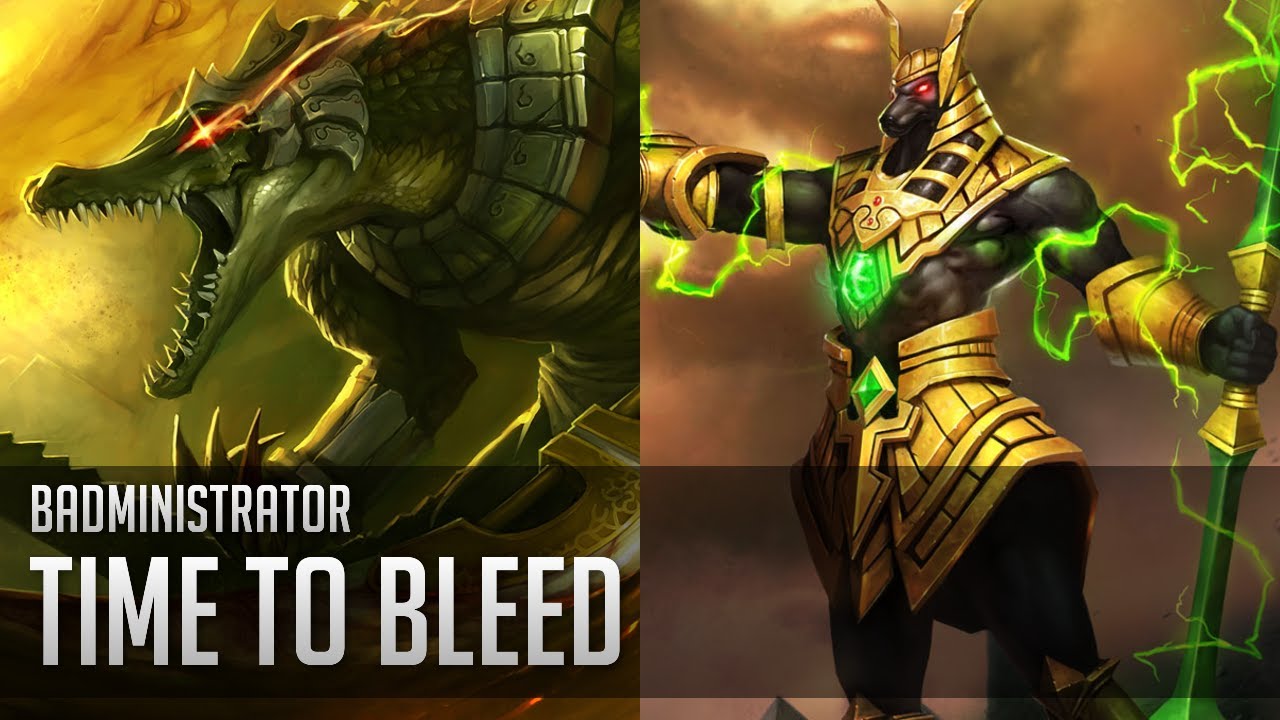 Just a couple of brothers arguing about who started a fight.

Lyrics:
(Nasus)
I’m from a world of sands and no water
A land of peace, enlightenment, knowledge and no slaughter
Protected citizens from everything scary man
and everybody said I was a great librarian
Dark forces loomed in the background plotting and scheming
souls rotting while dreaming of overthrowing and leading
as gods, but they were just men working undercover
and it pains me to say one of them was my little brother
I tried to plead with him but he wouldn’t see my reasoning
His anger seething, rage was the only thing I could see in him
I had no choice, I had to strike him down to save my home
but the moment of the death blow I was pulled through the cosmos
to Runeterra, where they had a plight all their own
So I joined the league of legends and tried not to think of home
Until I heard murmurs of a demigod somewhere in Zaun
and before long it was clear that the battle would rage on
I’m the curator of the sands
and I may be a librarian but I’ll kill you to protect these lands
cause I don’t tolerate those who would enslave the meek
we’re granted power by the gods so that we could protect the weak
I’m here to finish what I started
and when I land the killing blow I may be slightly broken hearted
but you’ve brought this upon yourself with your heinous deeds
Life is part of a cycle, yours is over, it’s time to bleed

(Renekton)
That was quite a story brother, you should take a bow
and maybe while you do I can tell my own side of the story now
I worked the library too, I was just as good as you
They called me the gatekeeper cause that was what I was born to do
I read minds, I could sense danger and I’d send it away
but over time I became haunted by the evil I’d see everyday
I begged you to switch up and let me teach for a while
You’d flash a smile and say that keeping the gate just wasn’t your style
Eventually the evil that I saw would consume me fully
It was your fault that this happened, I vowed that you would feel my fury
Plead with me to change my mind, there was no going back agian
You’d feel the evil all at once, the rage of a thousand men
You thought I’d been defeated but just as I would make my play
you vanished into thin air, I was stuck outside reality
I landed in in a strange place, and there I lived in that foul stench
until I found you at the institute, and now it’s time for my revenge
They call me butcher of the sands
But they don’t know how I got this way, they’ve never seen your arrogance
and I won’t tolerate your self important attitude
I worked with you for years and never saw a bit of gratitude
I’m here to carry out my plan
and when I land the killing blow, you’ll know I was the better man
you’ve brought this upon yourself with your endless greed
There’s no escape, embrace the jaws of death, it’s time to bleed