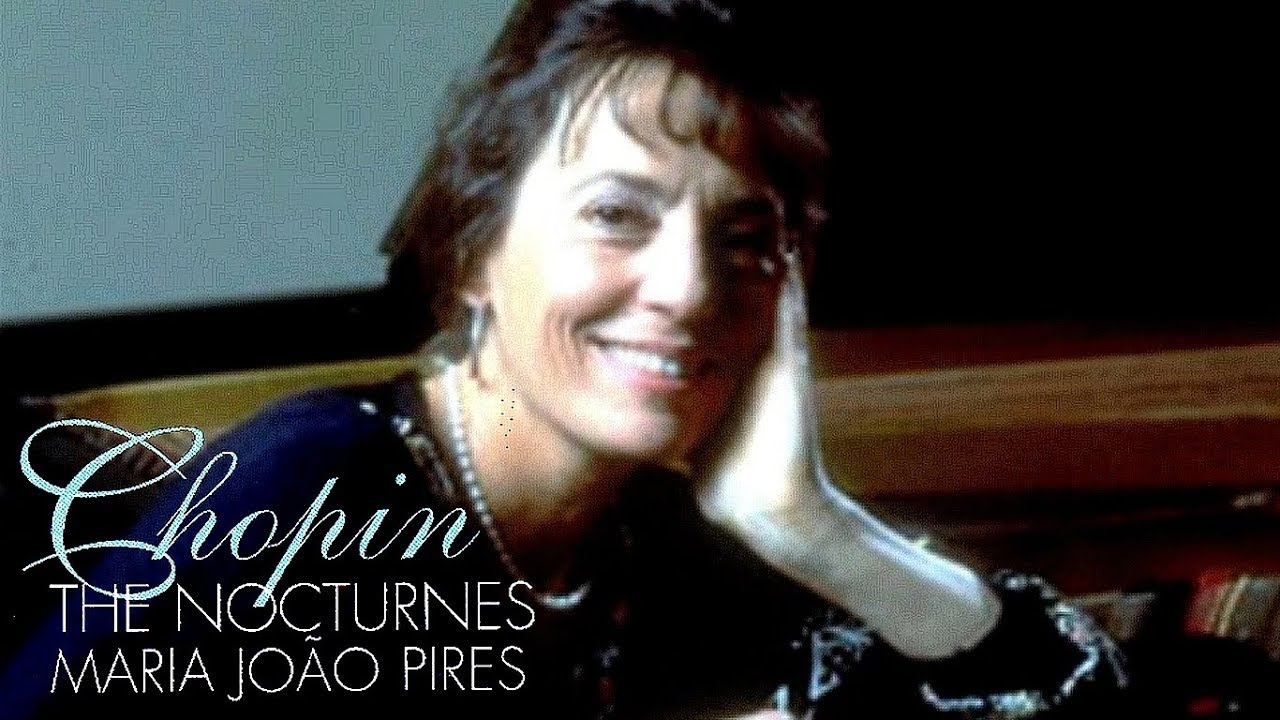 Frédéric François Chopin – The Nocturnes | Maria João Pires, piano. Live Recital.
“Chopin is a poet. It’s very inner music and very deep. I don’t feel at all it’s for show. He had that in himself… Chopin is the deep poet of music. But he also invented this terrible thing called “Piano Recitals”. That made me suffer all my life.”

The Nocturnes | Chopin Night Music: “Of the tenderness, the charm, the awe and mystery which are to be found in the Nocturnes… Oh, those Nocturnes! Tones of infinite sadness! There is Music in them which fathoms the depths, which plunges us into the immensity; emotional force that rends our hearts; Horrible despair, bordering on the overwhelming immanence of death itsel; Divine ecstasy interrupted by a wail of sorrow, and again by a soft caress. And all is so sincere; the sincerity of one whose heart bleeds; whose soul is overflowing with tenderness!”
George Mathias, student of Chopin

“The Royal Albert Hall is a wonderful and inspiring place to be, but acoustically it can very strange. Loud sounds bounce around that vast space like balls on a pin-ball machine. Yet for quiet music it can be magical. The sounds go straight from source to ear, so they have a lovely miniaturised clarity like the distant figures in a Van Eyck painting. That unexpected intimacy accounts for some of the intensity of Maria Joao Pires’s recital of Chopin Nocturnes. But it would have counted for nothing without her special poetry. She’s a tiny, almost bird-like figure, and she seemed even smaller in that huge space, which was packed with more people than I’ve ever seen for a late-night Prom. It must be daunting for a pianist, but Pires seemed perfectly at ease, as if she was playing for a few friends at home. That gives her performances an air of total sincerity. […] Pires wants to get at the poetic heart of the music, and here she did that time after time. The word Nocturne implies something dreamy and indistinct, but Pires’ performances reminded us that the expressive range of Chopin’s pieces is much bigger than that. There was the total rapt stillness of the early Bb minor Nocturne, uncannily clear, like a moonlit landscape. There was the fascinating uncertainty of the G major Nocturne Op. 15, which she poised so perfectly on the cusp between hesitancy and impetuous ardour. The late Nocturne in E major suddenly becomes stormy at its mid-point, but Pires managed to project this while suggesting it was only a momentary flurry – maybe only a dream – while the night-time stillness was still continuing, somewhere beyond our hearing. That is artistry of a very special order.” The Telegraph 2010

“The evening turned out to be a special one for piano fans. The Portuguese pianist Maria João Pires made a rare appearance with a generous selection of Chopin’s nocturnes as the late-night event. Received wisdom suggests the Albert Hall is too big for such music, but in this case the sonic unpredictability of the venue conspired with the pianist herself to refute it. Pires’s playing was unostentatious but commanding, controlled yet free-flying in its sensitivity to the fluidity of Chopin’s lines, and in its responsiveness to the scope of pieces still sometimes marked down as delicate miniatures.” The Guardian 2010

MARIA JOÃO PIRES born in Lisbon on 23 July 1944 and played her first recital aged five. She studied composition and music theory at the Lisbon Conservatory, followed by further studies in Munich and Hanover, Germany. She made her London debut in 1986 at the Queen Elizabeth Hall.
From Portugal, with Love