The Transatlantic Lives of Polish-American Women – a webinar with Dr. Marta Cieslak 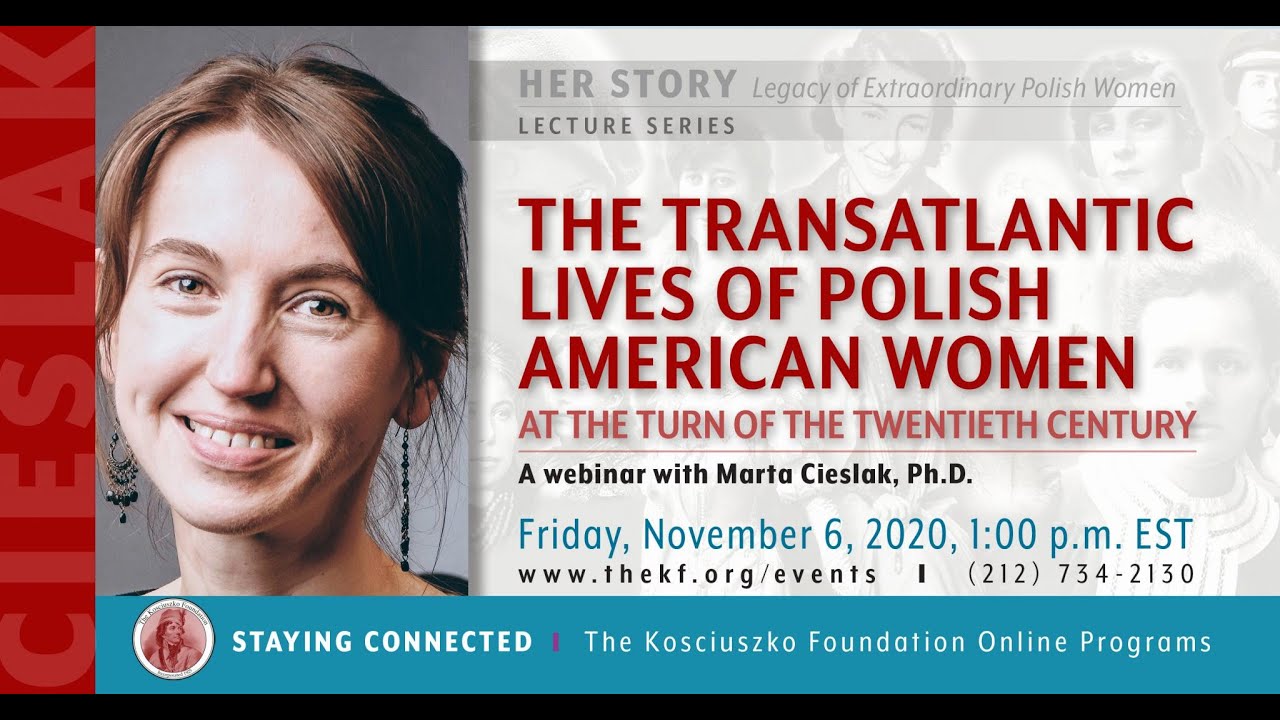 Watch the recording of the KF webinar with Dr. Marta Cieslak speaking about “The Transatlantic Lives of Polish American Women at the Turn of the Twentieth Century.”

The talk examines the transatlantic journeys of ordinary Polish women at the turn of the twentieth century and sheds light on the question of remarkable adaptability that immigrant women demonstrated when they left behind mostly rural and agricultural areas only to build new lives in an industrial reality of American cities. Dr. Cieslak discusses strategies that Polish immigrant women applied to cope with daily challenges as well as choices that they were forced to make but also that they created for themselves. In the spirit of the feminist scholarship on transatlantic migrations, this lecture will place ordinary Polish women migrants in the role of the agents of modernity whose lives were constant negotiations between a sense of loss of their old lives and a sense of empowerment that they brought into the process of building new lives in their adopted American home.

Dr. Marta Cieślak specializes in the history of transatlantic migrations, nationalism and national identities, gender, and transatlantic reform movements. She is currently a Humanities Scholar at the Center of Arkansas History and Culture at the University of Arkansas at Little Rock, where at the Department of History she has also taught courses in modern European, world, and women’s history. This talk is part of her larger project, in which she investigates the unique experience of Polish female migrants in American cities at the turn of the 20th century. Together with Dr. Anna Müller from the University of Michigan-Dearborn, she is also now completing a guest-edited special issue of Polish American Studies that will focus on gender and sexuality.